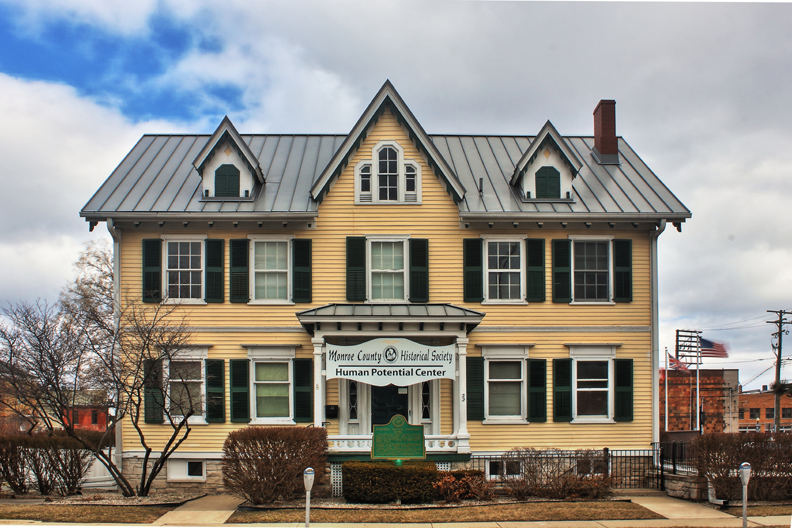 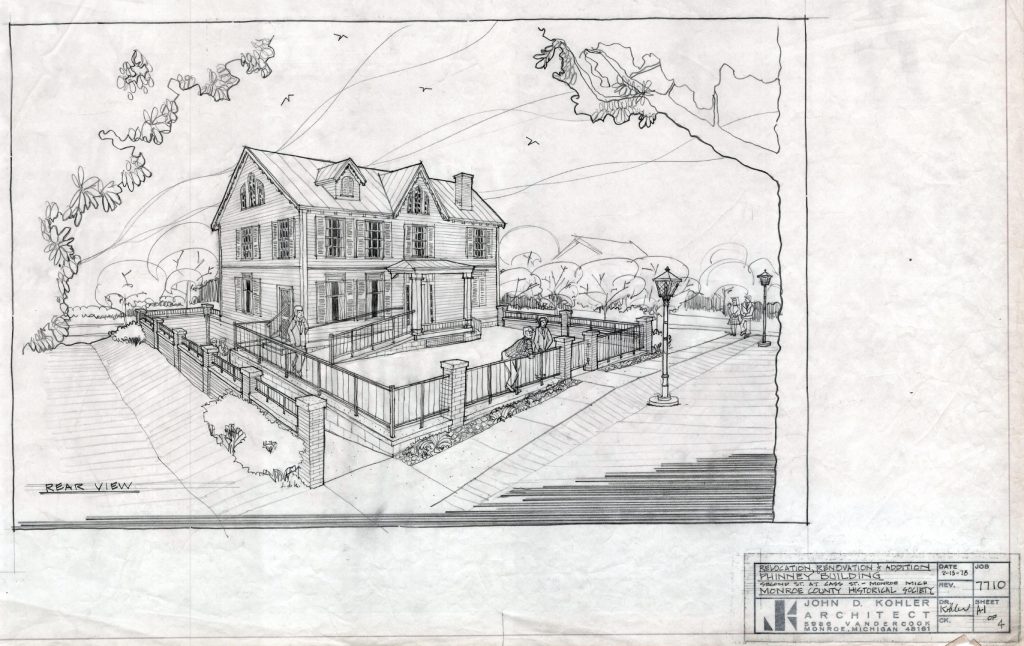 One of our first projects – over 40 years ago!  Kohler Architecture was instrumental in assisting the Monroe Historical Society with moving the Johnson Phinney House from Washington Street to its current location at the corner of Second and Cass Streets.  A barrier free accessible basement was added along with both interior and exterior improvements.

Today the building is used for offices, civic meetings and is closely located to the Historical Museum and downtown.  Johnson Phinney Building was originally known as the residence of Colonel Oliver Johnson, one of the pioneer civic and financial leaders who came to Monroe after the War of 1812.